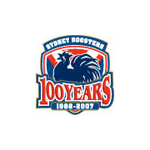 Played BSG Online since March 2013 until its closure in January 2019. He flew as a Colonial (Level 240+), but under a different call sign in game on the European server (formerly of the Sagittaron server). He usually flew an Advanced Glaive, an Advanced Viper Mark VII, or occasionally an Advanced Viper Mark III.  He is in his mid-40s, from Australia and is probably one of the few current active contributors to this wiki. He is also now one of the lead Administrators on this wiki and still checks in to act as this sites curator since the game closed down.

Retrieved from "https://bsgo.fandom.com/wiki/User:New_Roosterman?oldid=12886"
Community content is available under CC-BY-SA unless otherwise noted.