The Spectre is the command escort ship in the Cylon fleet. The Spectre has an advanced version so you can now upgrade it in terms of armour to match the Liche. With 6 weapons and 5 computers, The Spectre can be vital in many escort battles due to its amazing firepower and ability to further improve systems for everyone it for better potential. It can also destroy enemy systems in range making them easier targets.

Due to its unappealing shape and size as well as its rather large rear blind spot, the Spectre is often overlookd for the Liche most of the time. As the Spectre has 6 weapons, it can be used in an offensive sense beyond enemy lines but only veterans of the craft will really be able to keep it fighting against high level Halberds and most lines.  Following game update 46, this ship has the most energy of the un-advanced Cylon escorts.

"Only a small number of Spectre escort hulls have been recovered by the Cylon Fleet, and bringing them back into active service requires complex recoding and interface configuration to make full use of their advanced processing and emitter nexuses, the result, however, is a powerful electronic warfare and support platform.

As a command ship, the Spectre can be equipped with more systems than other escorts, increasing its electronic warfare and support capabilities.

The Spectre is pre-installed with the following systems: 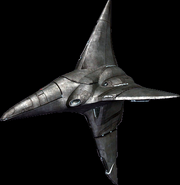 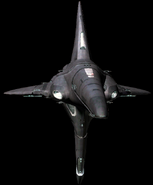 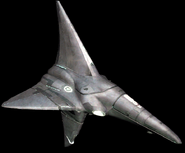 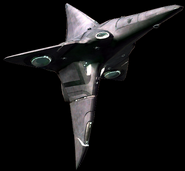 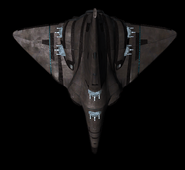 Retrieved from "https://bsgo.fandom.com/wiki/Spectre?oldid=12628"
Community content is available under CC-BY-SA unless otherwise noted.