Number One (also known as Cavil) is the oldest of the humanoid Cylon models. Created after the end of the First Cylon War by the mythical Final Five, as the eldest model of the humanoid Cylons Cavil has a strong influence over the other Cylon humanoid models. Number Ones are the notional leaders of the Cylon race. Number Ones appear less frequently than the other Cylon models and are usually in lesser numbers than some of the other models (e.g. Number Eight). Physically weaker than other Cylon models, Number Ones have a penchance for intellect and superior awareness. They are also skilled at planning and manipulation which sees them often as the de-facto leader of the Cylons. Number Ones display a strong hatred of humanity and had a very strong role in planning the destruction of the Twelve Colonies. A Number One was in charge of the Cylon Fleet at the time of the destruction of the Resurrection Ship which precedes the events in the starting mission for Battlestar Galactica Online.

In the game, you speak to Number One/Cavil to: 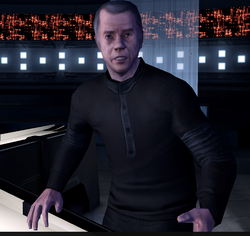 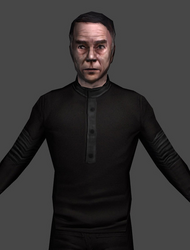 Add a photo to this gallery
Retrieved from "https://bsgo.fandom.com/wiki/Number_One/Cavil?oldid=11032"
Community content is available under CC-BY-SA unless otherwise noted.