Multi-Role Class ships have a balanced selection of slots making them a Jack of all Trades, it can do what the other classes can, but does not excel in any specific area. Its beauty lies in that it can perform their role suitably, and in conjunction with the other roles. This class of ship is very sought after, due to its incredible performance in p v p combat when its items are upgraded to a reasonable level and also that the advanced versions of these ships have more weapons slots than any other class (barring the Viper Mark III and the War Raider Mark II).

Excluding the Viper Mark III and the War Raider Mark II, this class of ship is only upgradeable with merits, and is bought with cubits. 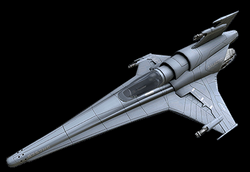 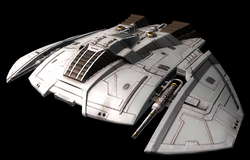 War Raider
Add a photo to this gallery
Retrieved from "https://bsgo.fandom.com/wiki/Multi-Role_Class?oldid=12645"
Community content is available under CC-BY-SA unless otherwise noted.