The Advanced Viper Mark III (or Advanced Viper Mk III) is the advanced version of the Viper Mark III. It is a multi-role strike ship for the Colonial faction. This ship was introduduced to the game following the release of Battlestar Galactica: Blood and Chrome. It may be purchased by talking to Galen Tyrol in the Galactica CIC, or to the Quartermaster on any Outpost.

"Seeing action during the First Cylon War, few Viper Mk 3's survived the initial Cylon attack on the Colonies. The design was an upgrade to the Viper Mk II's structural systems, and it was intended to act as a multi-role fighter. It filled that role effectively for its time, but was quickly replaced by the next generation of viper designs after the First Cylon War. It's design would inspire the development of further multi-role viper designs, and culminated in the design of the 'Viper Mk VII'.

The design rested in the databanks of the Pegasus, but until the discovery of the abandoned base at Delta Canopis there was little call for bringing the few Viper Mk 3's into active service. With the ability to manufacture parts  and resupply the Pegasus the Viper Mk 3 has been redeployed to active duty." 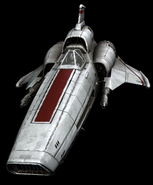 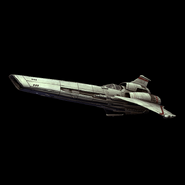 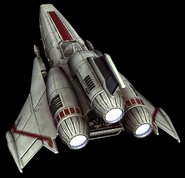 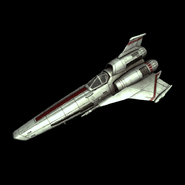 Retrieved from "https://bsgo.fandom.com/wiki/Advanced_Viper_Mark_III?oldid=12404"
Community content is available under CC-BY-SA unless otherwise noted.