The Advanced Jotunn is the upgraded version of the Jotunn. It is the largest abandoned line ship ship that the Colonial Fleet has so far managed to recover and return to service. It's massive construction and capability to advance under the most withering fire has already earned it the title as a 'baby battlestar'.

Upon upgrading, the Advanced Jotunn gains an extra 1,500 hull points, an extra 16.4 hull recover per second, an extra 37,000 to durability, and extra 250 to its base power, along with an additional 2 weapons slots. This makes it one of the toughest ships in the Colonial fleet. It still though is the slowest line ship available to Colonial pilots, so it is not suitable for fights where speed is required.

As a heavy assault vessel, the Advanced Jotunn can be equipped with more hull systems than other line ships, further increasing its toughness and defensive capabilities.This ship can reach 14,091 maximum hull points making it a real beast to take down.

"A reclaimed Jotunn that has undergone additional repairs and a more comprehensive refit, replacing older components and fully integrating modern colonial fire control and defensive systems. Such work requires extensive resources, but results in a tougher, more powerful ship. The Advanced Jotunn's hull is stronger and more durable than the standard version, and it can mount additional weapon and hull systems." 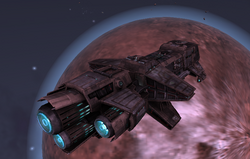 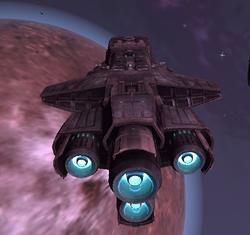 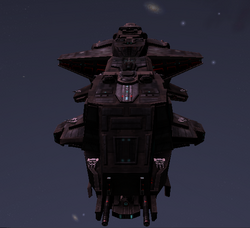 Retrieved from "https://bsgo.fandom.com/wiki/Advanced_Jotunn?oldid=12173"
Community content is available under CC-BY-SA unless otherwise noted.