This system also has a Cylon Heavy Freighter and 1 heavy weapons platform. There are also plenty of planetoids for mining.

This is also one of the systems that Revenant may appear in, usually at B3.

Asteroids in this system may contain tylium and titanium. Yields range from approximately 450-800 per asteroid.

A hard level Freighter in Distress Dynamic Mission will spawn in this system from time to time. 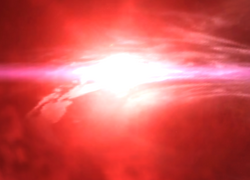 Abalon system
Add a photo to this gallery

Retrieved from "https://bsgo.fandom.com/wiki/Abalon?oldid=11879"
Community content is available under CC-BY-SA unless otherwise noted.